From all remarks from participants who attended and the remarks offered by delegates in the closing ceremony of the convention, it was deemed a resounding success.

The registration process was smooth and all else flowed as the business sessions commenced with the theme for this years' convention "Credit Unions.... The Credible Alternative". In her presentation, Ms. Yvonne Ridguard, President of CCCU, remarked on "reasonable expenses" to be reimbursed to Directors of Credit Unions and elected committees. These remarks come at a time when a recent resolution to adjust honoraria paid to directors and other elected committees of the BWU Co-operative Credit Union Ltd was not supported at the Annual General Meeting held in June 2010. Perhaps research needs to be carried out to see what other Credit Unions pay their directors and elected committees before we bring another resolution to an AGM. 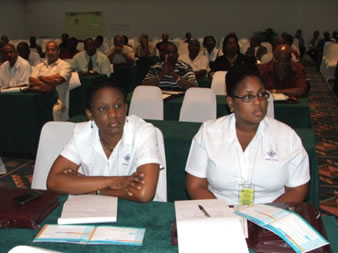 A worthy presentation was also made by Sir K. Dwight Venner, Governor of the Eastern Caribbean Central Bank entitled, "The new Regulatory Authorities : Relevance, Capacity and Results". In his presentation, he commented on the 2010 cross roads in the Financial sector which started in the USA and affected the entire world with a few exceptions. He further stated that corrective measures must be put in place going forward finding a balance between regulation and operations and that the G20 meeting's objectives included coming up with new strategies to balance the economies of USA and China. 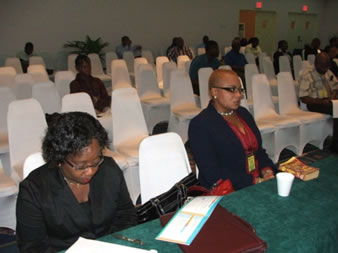 Likewise, social and economic standards have been driven by the Credit Union movement but the fundamental principles have to be sound. He urged the Credit Unions that in going forward, new arrangements should embrace solidarity and that corporate governance was an important element in creating public credibility. He also invited the delegates who serve on Boards and elected Committees to pursue certification in Corporate Governance.

A keynote presentation was also made by Mr. Dave Richardson -Senior Manager Technical Development WOCCU entitled "The Caribbean Region: Transition from a Developing to a Developed Credit Union System". He introduced WOCCU's three phase business model built on the cornerstones of Accessibility, Affordability and Availability. He invited delegates to visit https://www.woccu.org to view WOCCU's Optimized TechnologySolutions.

Two other outstanding presentations were made by Ms Valda Henry from Dominica and Mr Cecil Sylvester from Trinidad. Ms Henry was very passionate as she addressed the delegates on the topic "Good Governance, Human & Regulatory Capital". She highlighted that the Board must perform a fiduciary role and in today's world, Board members come under greater scrutiny from the members and investors as well as the media. Therefore the organisation's response must be timely. Ms Henry pointed out that the effectiveness of policies and procedures is determined by how well they are adhered to. She noted that persons must be held accountable and that the rules must be transparent.

Mr Cecil Sylvester was very dynamic in his address on "Internal Supervision, Risk Management and Compliance , the Premium to Credibility". Mr Sylvester discussed the various types of risks and how to identify and minimize these risks. He stressed that although the Credit Union's philosophy is "to be our brother's keeper", that Credit Unions must pursue defaulters vigourously in order to protect the other members' assets. He also highlighted that some Credit Unions are attaching fees to cover various risks, but noted that consideration should be given to charging fees to those members who benefit from the particular service or those who caused the particular negative activity (eg. charge late fees due to delinquency).

Our delegates networked with other delegates from Jamaica, St. Lucia, Guyana, Trinidad & Tobago, St. Kitts & Nevis, Dominica, Bermuda and even Barbados to mention a few.

We recommend that WOCCU's Web Tools be reviewed to see howbest they can be used to enhance the operations of BWUCCUL. They are four basicmodules as follows: 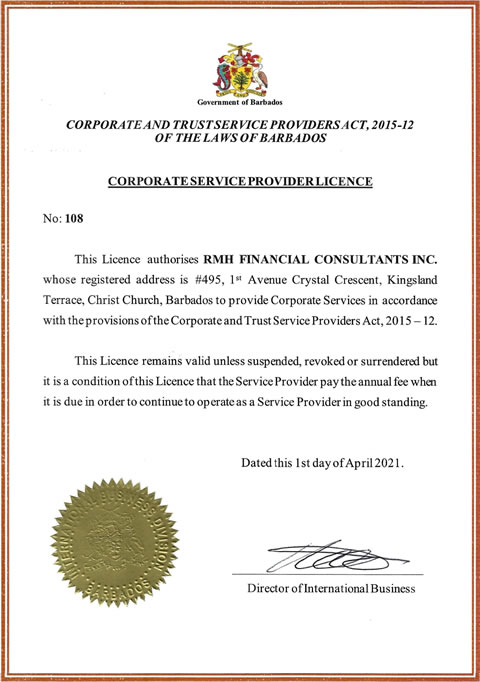 A CCCU certificate of participation was awarded to Bro. R. Michael Homer in recognition of completion of 8 contact hours on the topic "Design and Implementation of an Enterprise Risk Management Framework for Credit Unions".

Mr Homer indicated that having served as a member of the Supervisory Committee for the past three years, he found this topic to be very interesting and relevant to BWUCCUL's operations. The collection of internal and external factors which affect an organization's growth and shareholders' value creation are all the risks associated with doing business in this current economic climate. It was also interesting to note how closely this topic is related to internal audit.

Risk includes the inability to manage unplanned decreases or changes in funding sources and also arises from an entity's failure to recognize or address market changes that affect the ability to liquidate assets quickly and with minimal loss in value. Four main risk areas were addressed as follows:

A risk register should be implemented in the credit union which would provide a structure for collating information about risks and enable the Credit Union to understand its comprehensive risk profile.

Once the risk register is implemented, the process of monitoring becomes a function of Internal Audit who will give assurance on the soundness of the risk management process and that risks are correctly evaluated and ranked and also evaluating and reviewing the reporting of key risk.

A follow-up session is being planned to be held in mid October2010. Members of the Board of Directors, the Supervisory Committee and the Internal Auditor should be considered to attend.

Out of the sessions at the convention came new ideas and information that was shared freely in the true spirit of the co-operative movement. The discussions on the implementation of a credit bureau as a means of controlling credit risk and delinquency were valuable and food for thought. Perhaps the Credit Union League may want to look into forming a credit bureau using the Credit Unions databases and later invite subscriptions from other financial institutions to compete with CrediCheck whose database only provides for bad risks . This will be a huge project to coordinate the data from all Credit Unions. Not only would data relative to delinquency be in the database but also data on all risks, good or bad for the database to be truly effective and serve the Credit Union movement in a positive way.

We believe that the knowledge gained at the convention will go far in making BWUCCUL more effective in its operations while seizing new opportunities to provide and exceed customer satisfaction for our members.